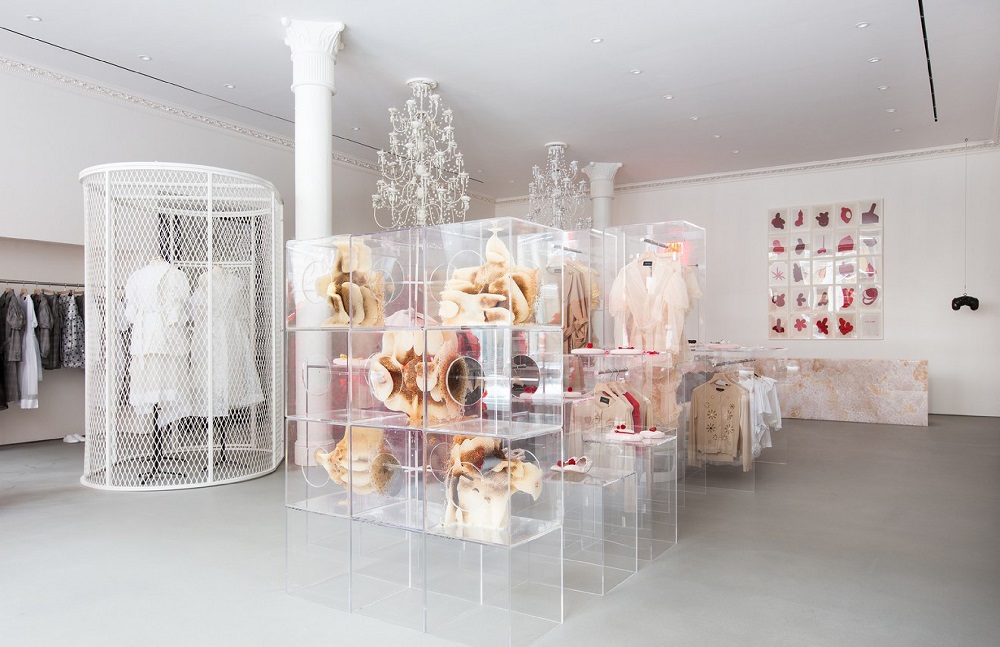 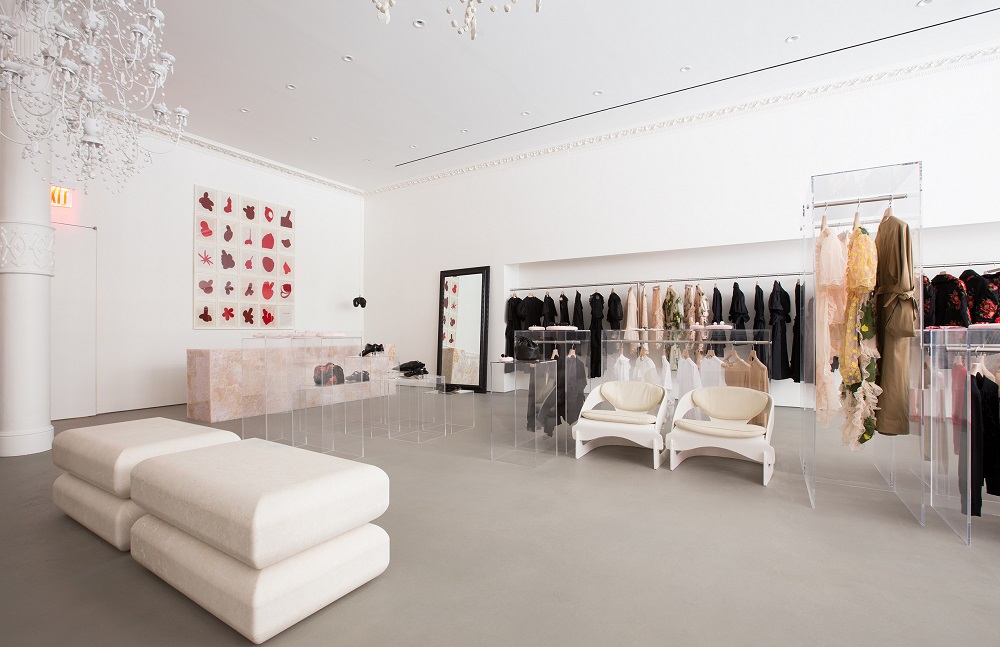 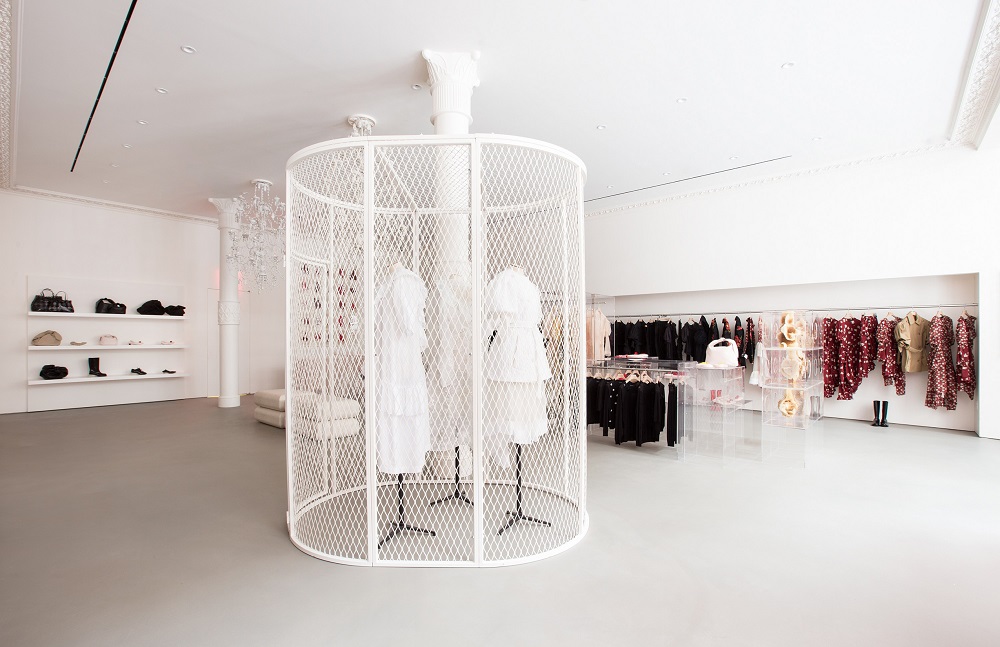 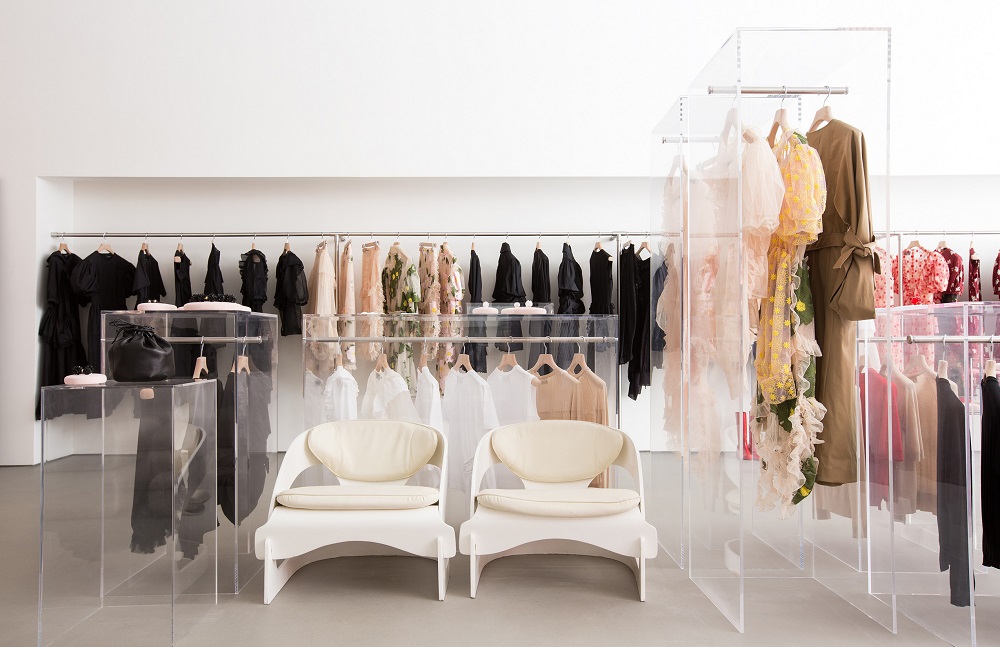 Simone Rocha has finally made her way over the Atlantic. On Friday, February 10, the winner of the 2016 British Womenswear Designer Award opened her second brick and mortar location in New York City’s SoHo neighborhood. Located on 71 Wooster Street, Rocha’s 2,220 SF space is a gallery-like space, a white cube accented by various design elements to showcase her latest collection and worldview. Taking cues from many of the elements already established in her Mount Street flagship in London, Rocha focused on “translating the fabrications of the collections into structured pieces that could house the clothes,” as the designer stated in an interview with Vogue. In the storefront, Rocha has mounted an arched window installation covered in red acetate flowers that pays homage to London’s Southwark Cathedral, the site of the SS2017 collection. Further into the store, a custom rose molding circles the perimeter of the ceiling, while Pae White chandeliers dangle from the ceiling. Furnishings designed by the Rochas, such as marbled cushion top seats by John Rocha and the pink onyx desk by Simone, lend a personal touch, while Rocha’s other signature elements, such as the perspex fixtures and the Louis Bourgeois-inspired white, cylindrical wire cage, house the clothing. Throughout the space, works by Rocha’s favorite artist-muses dot the space, with the piece de resistance being Louise Bourgeois’ Lullaby and Janus pieces. Other art works include pieces by Robert Rauchenberg and Ren Ri.  Located in the SoHo Cast Iron Historic District, the storefront was renovated according to the Landmarks Preservation Commission’s standards. KPA partnered with Simone Rocha to provide architectural services for both the interior and exterior storefront.