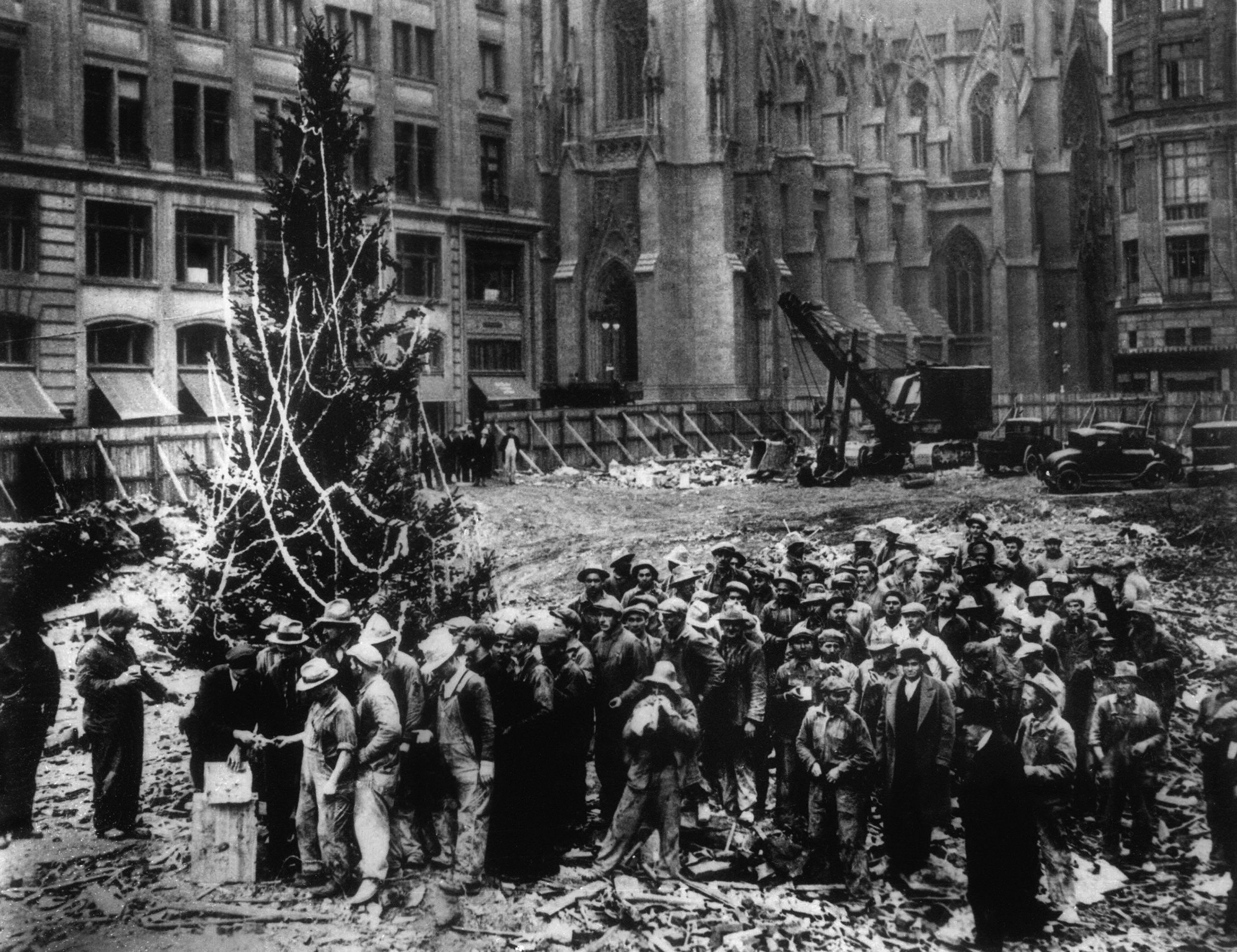 Welcome to the city within a city…

It’s that time of the year again. Lines wrap around the block and people travel by bridge and tunnel just for a glimpse of the ginormous pine decorated with what seems to be millions of lights. Christmas bells are ringing and lights are twinkling and itis a beautiful sight to behold. So beautiful, in fact, it could make even the most hardened New Yorker crack a smile.

But before the glitz, glamour and Christmas music, Rockefeller center was considered more than the place to be for entertainment but the saving grace that kept New York and America running a little over 80 years ago. The development of Rockefeller Center was the solution to the social, political and economic issues that plagued New York, the epicenter of America at the time. Rockefeller Center was initially designed as a mixed-use space that would include the Metropolitan Opera and other retailers. However, once the social and economic effects of the Great Depression set in, Rockefeller was set on investing and developing something that would do the public good.

Oil tycoon and businessman, John D. Rockefeller conceived the idea towards the end of the roaring twenties. Once the market crashed and the US economy entered into a downward spiral, the resurrection of the center provided close to 40,000 people with newly found jobs. Rockefeller privately financed the project himself due to the economic hardship crushing the US at the time.

With real estate developer John R. Todd and architects L. Andrew Reinhard and Henry Hofmeister of the architecture firm Reinhard + Hofmeister at the helm, the development of one of New York City’s greatest landmarks began on May 17th, 1930.

Inside The Mini Metropolis

Rockefeller Center is enormous Avenue subway and covers Fifth Avenue to Sixth Avenue and 48th to 51st streets. On the outside lies a gorgeous promenade, sculptures, small gardens, the subway, and famous artwork. The construction plan involve “integrating the vertical city with the horizontal one. It offers layered paths of circulation for the pedestrian and vehicular traffic generated by its every building. Small private streets cut into the larger grid of Manhattan to facilitate pedestrian circulation around the crowded plaza.

Also, crucial to keeping people moving is the Center’s underground concourse, which links every building in the complex to a subterranean shopping center and, ultimately, the subway. The presence of the subway was deliberate too. The center transportation committee worked with the city so that its new Sixth Avenue subway line could serve the huge numbers of workers commuting to the complex. Finally, an elaborate network of garages and underground ramps accommodates trucks, facilitating shipments without further congesting the bustling streets of midtown Manhattan.”

Today Rockefeller center stretches a total of 8,000,000 square feet through midtown Manhattan. A total of 19 building reside within its structure and close to 100,000 pedestrians cross through the pedestrian landmark on a daily basis. The ever-encapsulating Christmas tree towers above a magical skating rink teeming with holiday skaters. The average number of expected daily viewers of the prestigious pine totals about 750,000.