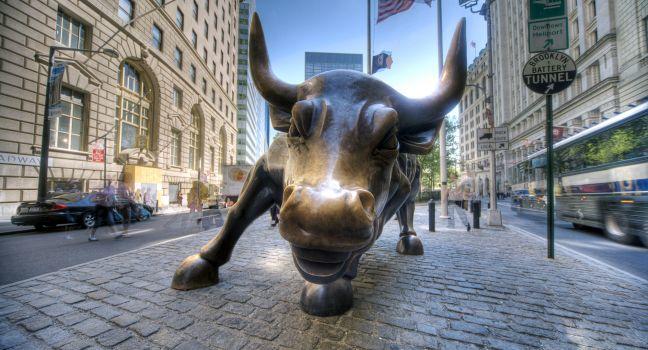 The Stock Market. The Federal Reserve Bank. Wall Street.  he Charging Bull. A bustling busy street with people dressed in suits and carrying briefcases.  These are a few of the images that come to mind when you think of Manhattan’s financial district.  The humble beginnings of what is now casually referred to as FiDi, date back as far as the seventeenth century when the Dutch settlers planted their feet upon the rich soil of Island of Manhattan.

While many settlers began immigrating to America to complete missionary work or civilize natives, the Dutch saw a possible business opportunity.  Within three centuries, New York grew to be the financial capitol of the world.  The resulting revenue of this conglomerate is what keeps the city thriving with the development of real estate, banks and luxury goods.

The Original Inhabitants: The Lenape

Before it was casually nicknamed FiDi, the financial district was crowned New Amsterdam by Dutch settlers.  However, before the Dutch, the Lenape Tribe; composed of Native Americans, inhabited Manhattan long before settlers made their way to the underdeveloped city.  Occupying what is now considered Pearl Street, State Street and Bowling Green, The Native American inhabitants played a large role in the history of “Manhatta’s” most notable areas and landmarks.

The Dutch and the History of New Amsterdam

While wandering through lower Manhattan, you will find yourself walking through land that was bought by Dutch settlers and renamed.  “Peter Minuit bought Manhattan from the Lenape inhabitants in 1626.  New York’s founding document is a real estate deal. Each side traded away something of modest value.  Minuit handed over a collection of hardware and other European goods. From the moment of that transaction, this spot has always been about business.”

5 fun facts about the financial district

The financial district is now a place where people, live work and play. The number of pedestrians has increased drastically over the years, resulting in the Downtown alliance to call for pedestrianized space and create a more formalized walking environment.

Besides being the home to pertinent financial institutions, the Financial District heeds enormous amount of culture and history with the presence of the National Museum of the American Indians, The Museum of Jewish Heritage and the Museum of American Finance.  Zuccotti Park, Bowling Green, The Oculus and 1 World Trade Center are tourist favorites and notable places that represent the resilience and spirit of New York City.  The financial District has evolved from more than just a place known for its prominent place in the US economy. It has grown into a community and shared space that symbolizes prosperity, liveliness and comradery among the people who live and work there day in and day out.