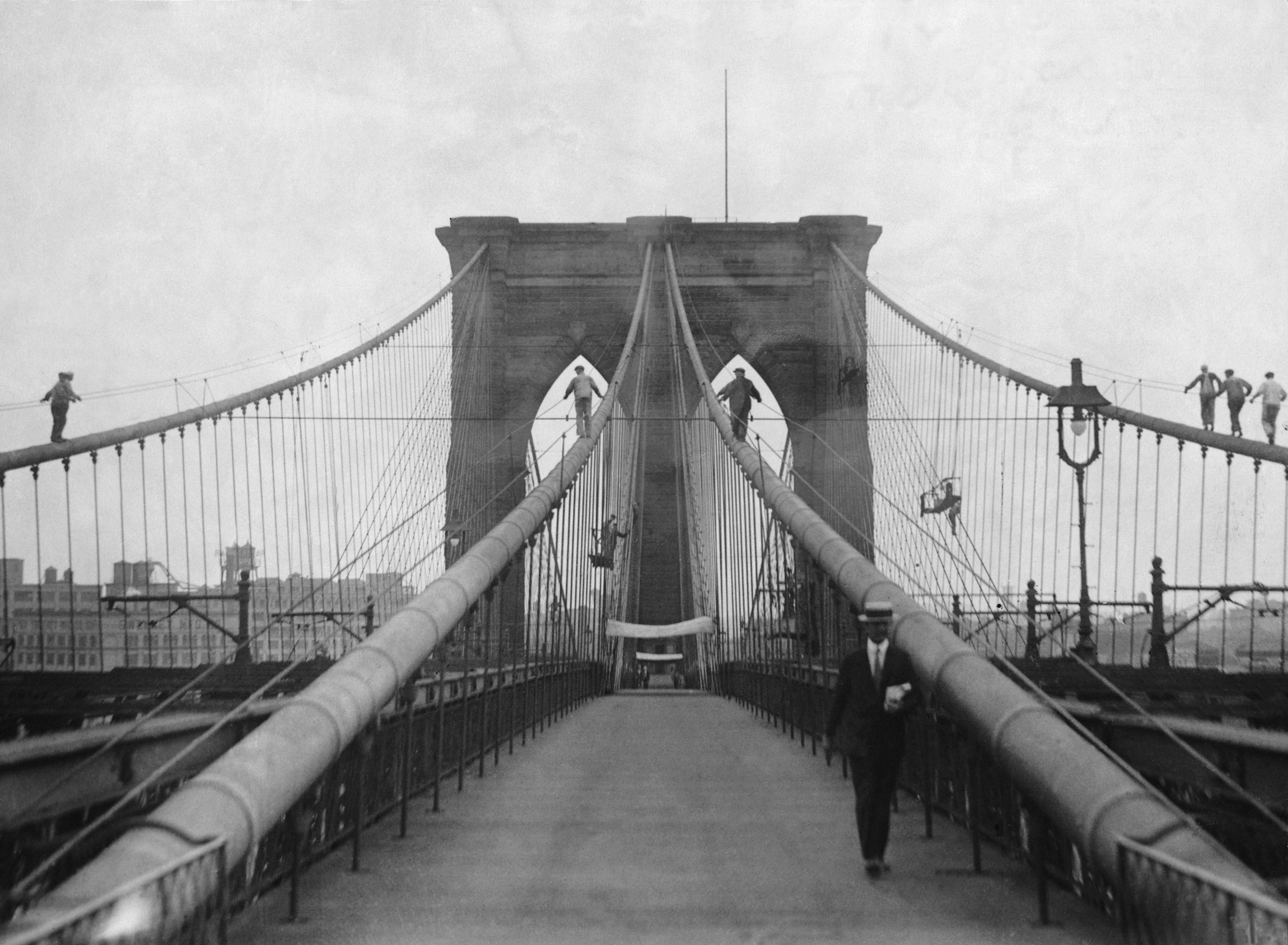 How do you get to Manhattan?

Is it by car? Rail? Subway? Do you walk or cycle?

What tunnel do you enter through? What bridge do you cross?

If you ask the average New York Commuter, any of these forms of transportation are viable options to get you from the outer boroughs or tristate area.

New York is home to a number of bridges. The most infamous being the Brooklyn Bridge which looms grandly over the East River. Development of the bridge commenced in 1869 thanks to the notable bridge builder and designer, John Augustus Roebling. The construction was not without a few unfortunate incidences that landed those who were a part of the process in serious peril. Nonetheless, it is one of the most relevant landmarks in New York history that is visited by millions of New Yorkers and tourists alike annually.

The Brooklyn Bridge is constructed from limestone, granite cement. The addition of a promenade was a significant design choice. Why one would askBecause said promenade is ABOVE a busy roadway! New York at the turn of the century was bustling and busy, and the promenade gave expectations of calm and relaxation– something that seemed nearly impossible in a metropolis, but without a doubt extremely valuable.

The momentous project was in hindsight an amazing achievement for its time. The Brooklyn Bridge was the first steel wire cable bridge in the world. The architectural style is a combination of a hybrid / cable stayed / suspension neo-gothic style bridge.

In the summer of 1869, John Roebling began the process of construction when an unfortunate accident took place. “John Roebling severely injured his foot in a freak accident as he was surveying the spot where the Brooklyn tower would be built. He died of lockjaw not long after, and his son Washington Roebling, who had distinguished himself as a Union officer in the Civil War, became chief engineer of the bridge project.”

With great reward comes great risk. The Brooklyn Bridge construction was one of poignant yet dangerous work. The development involved work with caissons, which supported the bridge’s large stone towers. Caissons or large wooden boxes, housed workers who would dig through the sand so the caissons had room to sink into the river. The work proved to be so dangerous that John Roebling’s son, who helped with the engineering of the project was also involved in an accident after overseeing work. He never fully recovered and needed assistance the remainder of the project. If this had happened in our modern age then workers would almost certainly seek out legal assistance from suitable lawyers to help with organising compensation. Workplace incidents widely vary and can include everything from falling objects to burns. Anyone who has sustained a burn while on the job may want to reach out to a burn injury lawyer to see how best to proceed, legally speaking. His wife Emily Roebling, stepped up and developed plans and oversaw the construction at Washington’s side. Of course, if you have been injured on the job and it means that you can no longer work, then you might want to look at getting insurance covered for that (you can look up the critical illness insurance definition here), but try and sort this out sooner rather then later, as it will make your life a lot easier if you do end up in an accident.

Besides being a major transportation hub, the Brooklyn Bridge today is the place to be for sightseeing, to take a summer stroll or even the perfect backdrop for your Instagram photos. The Brooklyn Bridge sees more than 120,000 vehicles, 4,000 pedestrians, and 3,100 cyclists cross each day to get to work, school and home. A sturdy bridge (ask P.T. Barnum) with an even stronger history, bridges two of our favorite boroughs forever.