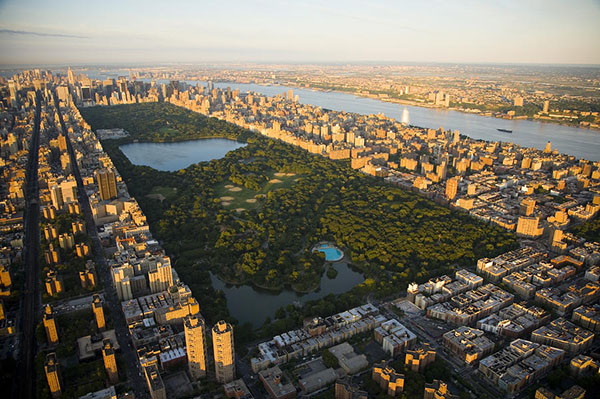 Have you ever taken a peek at a New York City subway map? If you have, you’ve probably noticed the large green section north of midtown, quaintly labeled Central Park. Well, with the influx of warm weather, Central Park is for sure the place to be in the spring. Spanning 843 acres, Central Park rests in between the Upper West side and the Upper East Side. Many people may have decided to move to New York City just so that they are closer to famous attractions such as this. There are many different real estate options for people who are willing to move to this area, such as these upper west side apartment buildings which may be a perfect place for people to start their new life in this beautiful city. And not forgetting that it is only a short distance away from Central Park. To this day it was one of the most revered and famous parks in the United States of America.

The development of Central Park was actually the result of a contest. In the early 1850’s, New York State Legislature enacted into law the setting aside of more than 750 acres of land central to Manhattan Island to create America’s first major landscaped public park; they would soon refer to it as “The Central Park.” Many socially conscious reformers understood that the creation of a great public park would improve public health and contribute greatly to the formation of civil society. Immediately, the success of Central Park fostered the urban park movement, one of the great hallmarks of democracy of nineteenth-century America.” The designer recruited to conceive Central Park was Frederick Law Olmstead, one of America’s first landscape architects. Olmstead’s professional outlook and creations were so influential because they were representative of a transformative time for the urban and industrial culture that is New York City. His influence expands even today with landscape architects in San Diego bringing transformative beauty to residential homes.

Olmstead designed by a specific theory believing that: “It takes a lot of artifices to create convincing “natural” scenery.” Olmstead implemented a number of principles into park architecture and many of these define how landscape architecture is designed today.

1. A park should complement the city to which it belongs. If a city is cramped, crowded, and rectilinear, its park should be composed of sinuous thoroughfares and a variable topography that includes large open spaces.

2. A park should also be faithful to the character of its natural terrain.

3. Working with man-made structures so they blended seamlessly into the environment. Bridges or buildings should be built with stone and camouflaged in a way.

In 1857, Frederick Olmstead and English architect Calvert Vaux submitted the official plan entitled the Greensward Plan to the Commissioners board of Central Park. The plan was chosen and the designers were rewarded with a $2,000 prize.

Central Park in All of Its Glory

Besides being abundantly beautiful and the scenic stage for weddings, photo shoots, dates, day trips, concerts and festivals, Central Park houses a great deal of entertainment and history. At some point, after it opened, the park actually fell into complete disarray. Due to the changing urban environment, Central Park was in need of true tender love and care. In 1934, Mayor La Guardia recruited urban planner Robert Moses to lead the cleanup. This resulted in a number of newly built playgrounds, the skating rink, sculptures, and the carousel. Central Park was restored to its natural beauty with even more add-ons to enjoy.

Central Park has definitely built up a famed reputation in its own right. It was the backdrop for a number of famous movies such as Breakfast at Tiffany’s, When Harry Met Sally, films full of our favorite superheroes (according to this source here) like The Avengers, and an Affair to Remember. Tourists and local New Yorkers can visit the Central Park Zoo which features over 100 species of animals and is featured as one of the venues that the sightseeing pass nyc grants you access into. If you want to go sightseeing, Central Park is filled with a number of beautiful landmarks such as the Conservatory Garden, Bethesda Fountain and Terrace, The Central Park Carousel and the Loeb Boathouse. On a gorgeous fall day, the Mall and Literary Walk is the perfect place for an Instagram photo opportunity.

With spring in full bloom, prepare to see more biking, skating, and tanning among the park’s open grassy fields. For as long as Central Park exists, it will always be New York City’s most famed and coveted backyard.