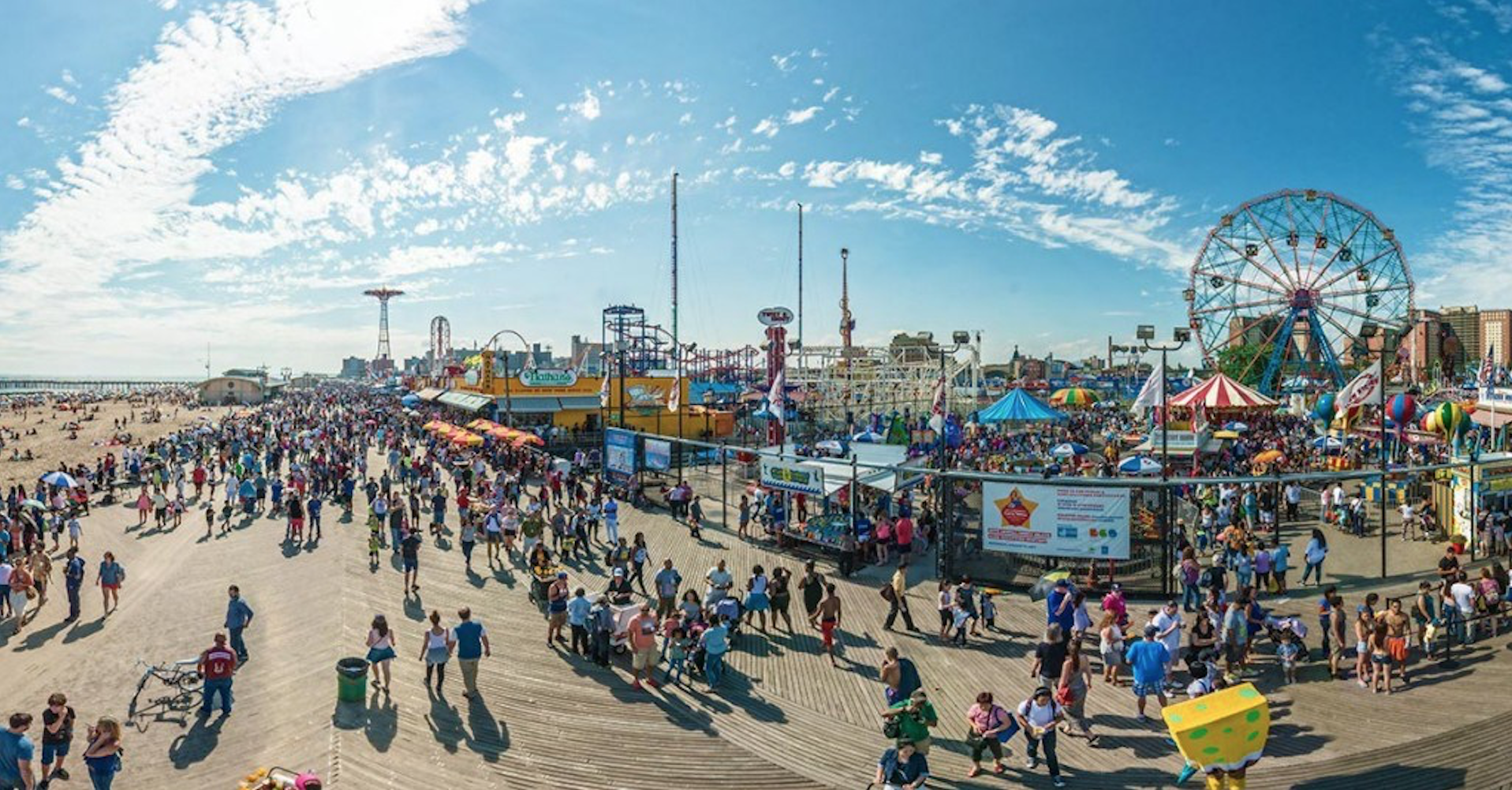 Summer is here!  Longer days and warmer weather calls for a trip to the boardwalk!   There are many famous boardwalks, but nothing compares to Coney Island, the place that rests at the southernmost tip of Brooklyn.  If you’re in the mood for sand, surf, delicious hotdogs, a few beers, and some underwater wildlife, Coney Island is the place to be during the summer.

What’s In A Name?

Did you know Coney Island used to be inhabited by rabbits?  When the Dutch set foot in New Netherland which is now New York territory, they noticed the rabbits and referred to the island as Konjin Island which simply translates to the rabbit island.

A Playground for American Culture

The turn of the 20th century bought about a change in mindset.   Coney Island, a mini oasis from the developing city, first came to fruition with the development of the Coney Island Hotel in 1929.  Soon, other hotels were built and Coney Island catapulted itself into a full-fledged “day-trippers paradise.”

Today, Coney Island is known for its amusement park known as Luna Park and boardwalk entertainment.  In 1895, Sea Lion Park emerged as the first enclosed amusement theater, solidifying Coney Island as the entertainment resource in Brooklyn.  The creation and engineering of roller coasters, carousels, and a water slide were the cool new toys in the neighborhood that everyone wanted to experience.

Coney Island redefined the entertainment experience and “was seen as a place that people of all socioeconomic backgrounds could enjoy.  Known as the “Working Class Escape.”, Coney Island was the place where a nickel bought your food, drink, and games to play all day long.  Coney Island was the undisputed catalyst that sparked fun and uninhibited thought and into American culture at the turn of the century.

The end of the  D, F, N, and Q lines lead straight to one of New Yorker’s favorite past times.  It soon became the place that many people called home.  “Between 1960 and 1973, 15 towering housing projects and apartment buildings soared up to loom over the remnants of Coney Island.”   The city planner, Robert Moses established new rezoning rules that changed the overall image of Coney Island. From the 1980s and onward, Coney Island’s overall look went downhill with increased crime and beach pollution.  Eventually, Robert Moses’ zoning regulations were reversed and in turn, opened up opportunities to improve the area and preserve it’s a historically unique image.

Today, Coney Island is still the fun and wonderfully strange place it has always been. Luna Park is littered with new rides, games and other forms of entertainment.  To keep up with the ever-evolving crowd, a beer garden, concert venue, and candy shop have been established.  Tourists and locals look forward to yearly summer events like the Mermaid Parade and Coney Island Film Festival.  Coney Island is more than just a place to go during the summer months; it’s a historically relevant landmark which truly defines American culture and entertainment.